Beyond Your Window - A Post-Mortem about Visual novels, choices and love

1. Looking beyond your window
Beyond Your Window is a Visual Novel divided into 4 different short stories based on the themes of love, responsibilities and difficult daily choices. As Team SolEtude’s first full-length release, we decided to write down this post-mortem to let other designers/writers/fans of the Visual Novel genre know how we developed it from the prototype to the released version.

It mainly revolves around the act of looking beyond our windows and letting our fantasy fly around, looking for stories in other people’s apartments to understand something more about us, the world we live in or simply just to do something in a moment of boredom.

2. The influence of Krzysztof Kieslowski
In 1976, director Krzysztof Kieslowski started his deep-diving into the universe of choices and consequences with his first feature film, The Scar. From that point on, he began to analyze that universe, first on a political level and then on a more spiritual one.
Even though we can notice the growing abilities he developed through his journey through cinema, Kieslowski’s focus never detached from the point he wanted to analyze: the deepest yet daily human feelings and the chain of events that even the smallest choice can cause.

Those are the points we decided to start from when we developed Beyond Your Window. Just like Kieslowski, we were interested in the deepest feelings of the game’s characters: to understand who they are or want to be, or even what they want to do, we analyzed small fragments of their daily life, all presented with relatable struggles so that players would easily empathize with them.
And all these elements arise when the character’s feelings are presented clearly through the dialogues and, most importantly, through the choices.

For this aspect Kieslowski’s legacy was essential: our intention wasn’t to write a branching-narrative game with lots of choices and endings, but rather make something small and meaningful by taking advantage of one of Visual Novel’s possible core mechanics, dialogue-choices.

But one might ask us: why the idea of the window? Why not let players play the characters directly in a sequence of short stories?
We wanted to let players do what they usually do while playing a game, reading a novel or watching a movie: be the spectator, the observer, a character in the story that leads all the events by observing and trying to become the various characters.
They’re peeking on other people’s lives, asking questions about them, trying to understand who those characters are and why they ended up in such a situation, but with an additional step: through the main character/player’s fantasy, they can interpret/become the characters and see where those choices will lead each story.

3. From “repair” to “love”
We started developing Beyond Your Window during the Global Game Jam of 2020. We already knew that we wanted to create a short Visual Novel focused on the choice-and-consequence mechanic, but the core came with the Jam’s theme: repair.

What came out of the brainstorming was that, for us, the word repair meant to fix something in our daily life: a lost love, a problem at work, the impossibility to communicate with someone, and so on. All these elements emerged during the brainstorming, forming the core idea behind BYW and leading us to what kind of choices we wanted to give to players.

We then decided to have a game based on the observation of the exterior from a window by opening the screenplay of Kieslowski’s Dekalog on a random page: casually, we ended up reading a passage from the sixth episode, in which a young boy named Tomek observes the woman he’s in love with from his room’s window, and that is what gave us the incipit.
"While searching some inspiration for the novel you’re writing, you look outside the window and catch glimpses of different lives."

The initial idea was to have a set of situations that needed repairment and, to do so, players would have to play the different protagonists of the stories and use choices as their only weapon to reach the ending. But when you develop a game with, let’s say, a married couple in it and that couple argues, and all the other developers who playtest your game are on a caffeine streek, things tend to get a little spicy.
The game's version for the Jam had a specific objective: as the observer, you have to interpret each story and try to solve the characters’ problems in a “what would you do at their place?” system.
But when players started to take what we thought was the wrong side of the stories we realized that BYW wasn’t only a game about repairment, but mostly a series of observations on possibilities in every-day life and that all the routes conveyed different ideas. The repairment theme was only one among many others, only a possibility within the series of observations.

That’s what led us to the decision to continue the game’s development after the GGJ ended: we still had many things we wanted to tell players and choices to insert in the game. We realized that BYW had more than only one theme, and even more than each story’s theme. It was already a game that tried to analyze various kinds of love with a specific concept that needed to be deepened: love yourself, who you are and who you want to be. 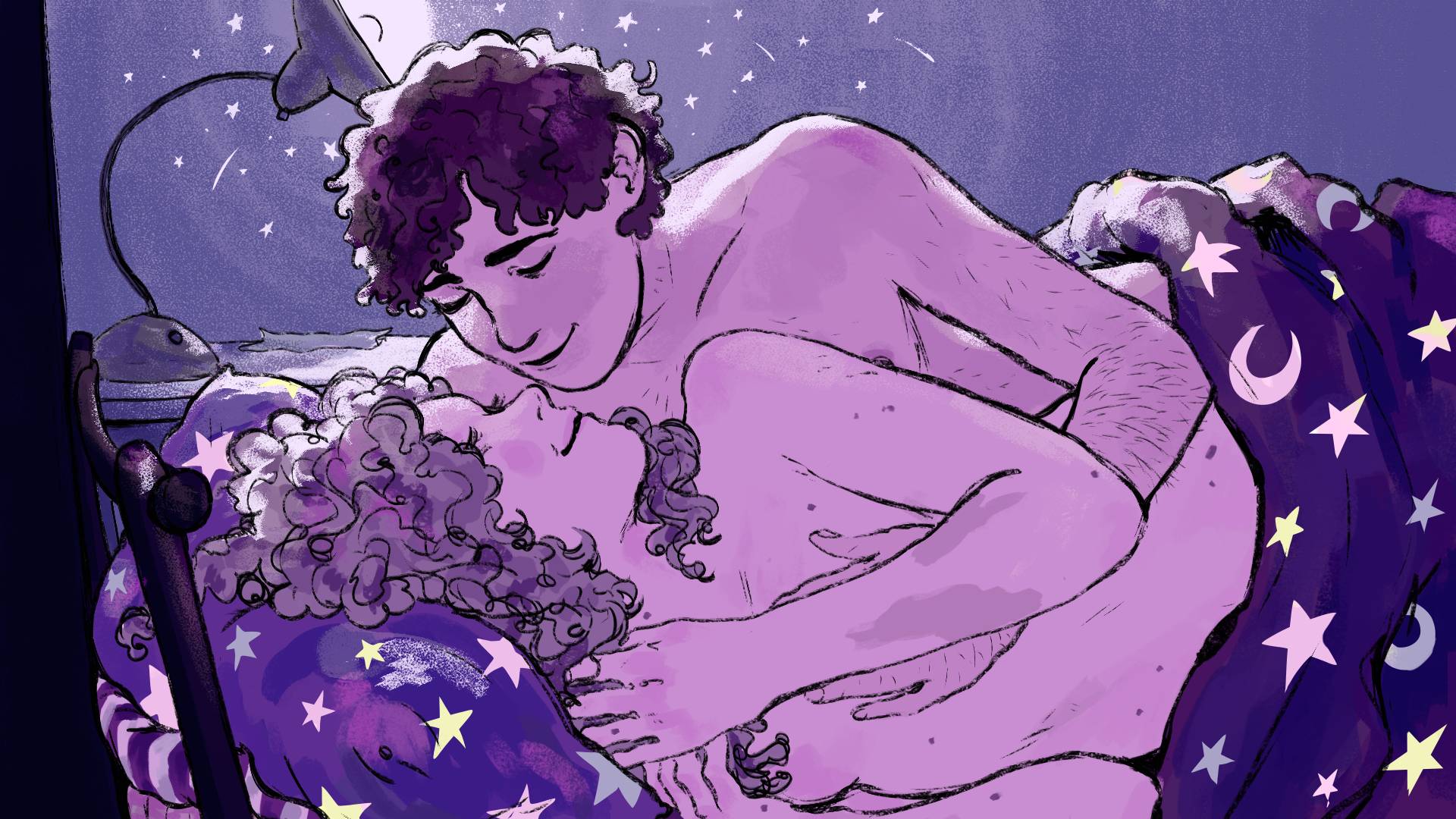 4. Different interactions for different stories
In a way, we could say we followed Suda51’s concept of punk games: rather than following the genre’s typical elements, we stuck to the ideas and references behind the game, obtaining a project definable as a Visual Novel but that also uses the genre to its purpose, instead of the contrary.

We started by working with a cinematographic and illustrative approach to let players immerse themselves more in the game’s universe by watching the characters interacting with their space, moving through it even if we couldn’t use animations or too many illustrations since we had no budget.
We used the Ren’py engine as both a narrative and cinematographic tool: the various scenes are structured like short movies (we used both framing and transitions such as fades and dissolves) mixed with a typical Visual novel’s text-based narration.

Secondly, we used choices to create different endings and outcomes (shown through the epilogues) for the 4 stories, rather than for the entire game. The intention behind the presence of epilogues was to give the idea of what consequences our daily choices can have: a married couple that argues and then breaks up, for example, will then abandon the apartment they occupied and someone else will come to inhabit it.
Players will have absolute freedom of choice during the 4 stories, only to found themselves limited in the epilogues.

We played with the concept of “when players can or can’t act”, developing the conviction that they can always have control over the events, but then deconstructed that rule throughout the epilogues.
Not only most of them don’t have choices, but when they do have them nothing more than the dialogue will change so that players will “only” gain new themes through the now different discussion.

5. When we close the window
But what have we obtained from all this? Did we reach our objectives?

At the core of BYW, we only had two intentions:
The first was to pay our homage to Kieslowski’s legacy after almost 30 years from his death. His approach to the theme of choices-and-consequences, based on personal responsibility for both ourselves and the people around us, was the main inspiration for our project as it gave us the incipit for every choice and interaction’s impact through all the 4 stories.

The second was to play with the concept of observation and the agency players have in a game.
We set that objective by following the idea of observation itself; in fact, players are only playing with their fantasy, imagining how they could act in the situation but limited by the game’s reality: sometimes a story only has one possible choice or none at all and the fantasy, sooner or later, has to come to an end to return to reality. 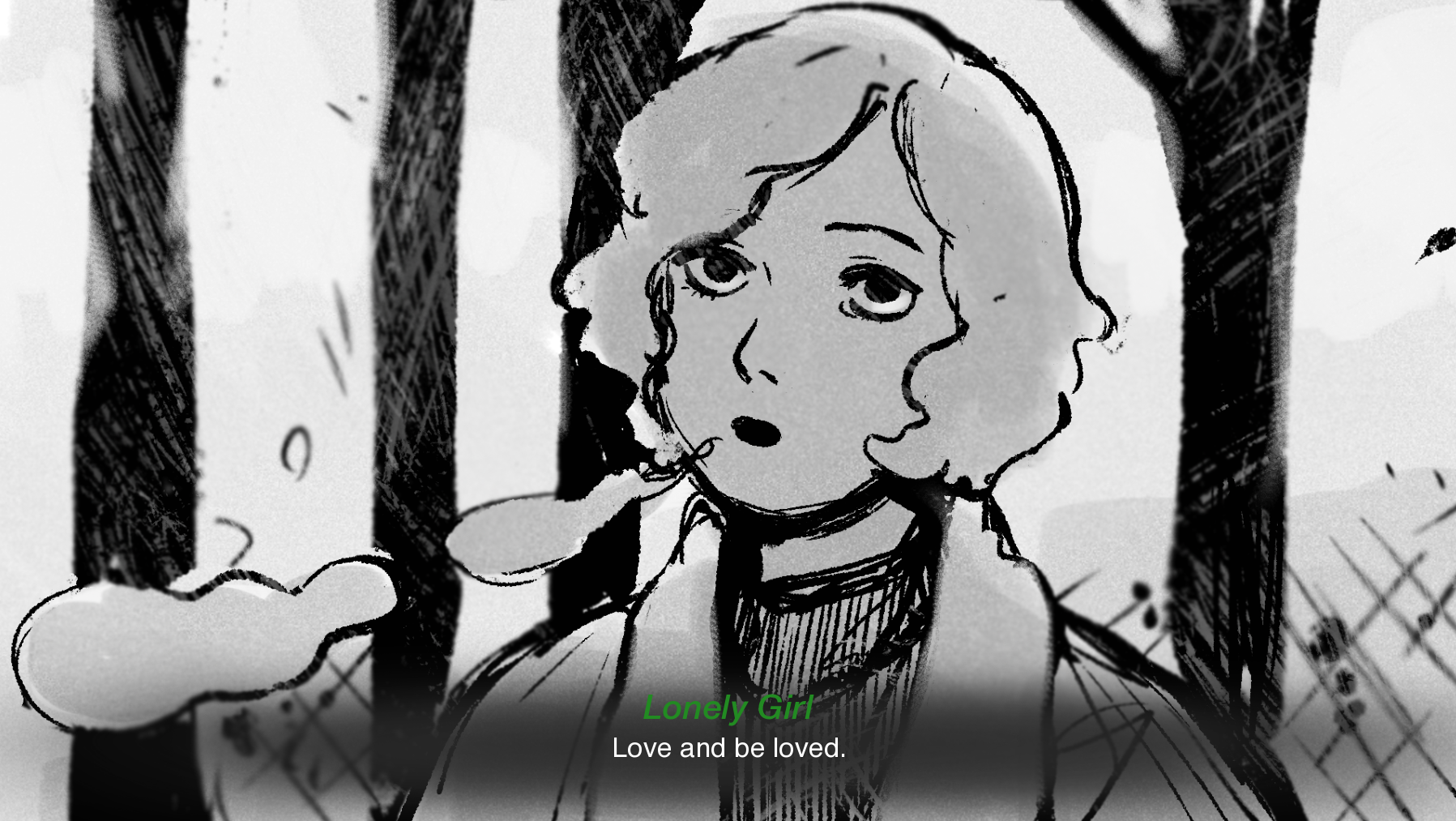 Despite all that, though, while developing BYW we had lots of preoccupations: Will we be able to reach our objective? Will the game communicate enough about what we wanted to highlight? Will players feel something while playing it?

As soon as the game came out, though, we were surprised by the reception it had. We didn’t reach a vast number of downloads or comments, but what makes us proud of this project is that we succeeded in that objective: making a meaningful series of stories, short but able to leave something to players.
The few comments and e-mails we received assured us about the quality of the game’s art and writing.

The ending, which for us was the most problematic part as it felt long and repetitive, made players reflect on who they are and what they wish for in their lives, which related to what we wanted players to feel after playing.
Each player found something different in that experience, and that is, for us, the most important result.
From the beginning we wanted to use the observation element as a way to let players get what they wanted from the game, to draw their conclusions and relate them to themselves.

And this remains our main objective for the future projects: our intention is not to make a statement, not to tell a secret truth, how players must live their lives or what is right and what is wrong.
We can’t make such statements, because everyone needs different things in their lives.
But we can focus on observing possibilities and let players observe them, interact with them and reach their conclusions.

Get Beyond Your Window